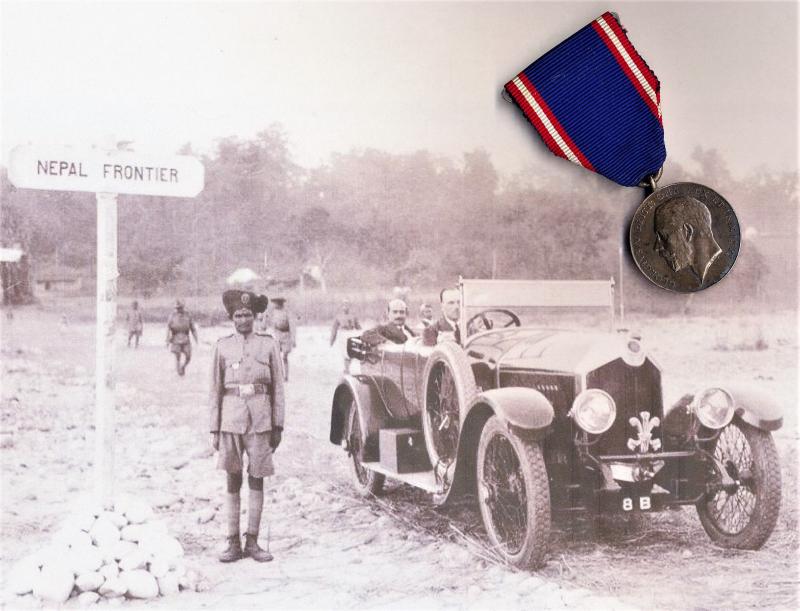 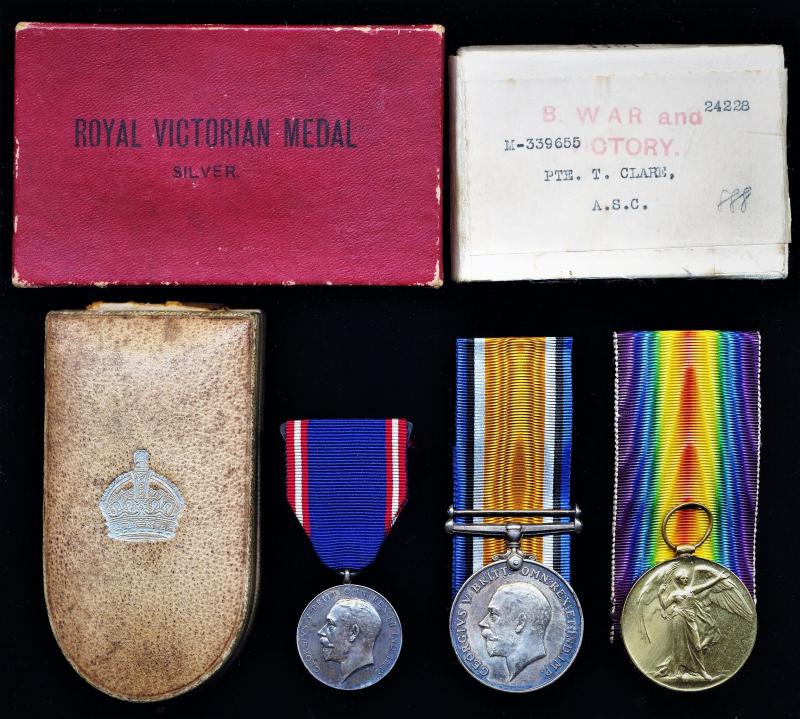 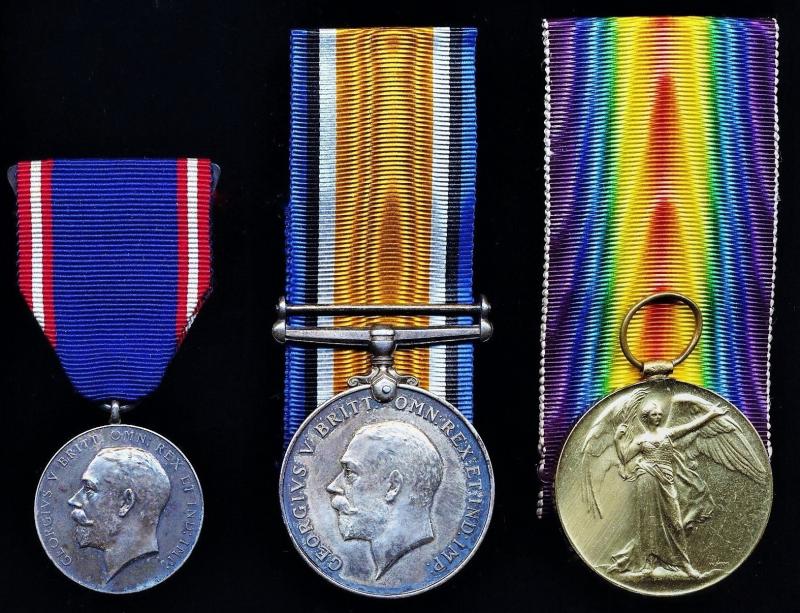 The photograph of the Crossley HRH POW Royal Tour car at the India / Nepal border is courtesy of the website 'Team-BHP.com' (that contains other photographs of Crossley Motors used on the HRM POW Visit to India)

Important: The Royal Victorian Medal awarded 11 March 1922, as Chauffeur to H.R.H. the Prince of Wales during his 1922 Tour of India

Medals verification: All medals confirmed as entitled, per the below following source / medal rolls

In total Thomas spent 6 x months away form England, on 'Royal Duties' 1921-22. Sailing passenger manifests record that Thomas Clare, of 11 Norbury Street, Stockport, embarked on the S.S. 'City of Genoa' on, September 1921, at Liverpool, England, bound for destination, Bombay, India. On his voyage he was accompanied by two other Crossley Motors staff viz, Mr. F J. Small (Automobile Engineer) & Mr. E. Hasel (Motor Mechanic). The 'Crossley's' team remained in India - including a visit to Nepal - only returning to, London, England, on, 28 April 1922, when Thomas disembarked form the S.S. 'Caledonia', that he had boarded earlier at Bombay

Reference the Royal Collection Trust for 'With the Prince through India 1921-1922 A short summary of a great historical event / Presented with the compliments of Crossley Motors and Dunlop Rubber Co. c.1922'

Thomas Ferguson Clare, fourth son of Joseph Clare (a Joiner / Carpenter) & Eleanor Ann Clare (nee Bellass), was a native of Warrington, Lancashire, England, where he was born on, 4 May 1896. During the Great War Thomas served as a Private soldier with the Army Service Corps, the 'M' prefix in his regimental number indicating that he served with the 'Mechanical Transport' branch of the A.S.C. For his overseas active service during the Great War he received the British War & Interallied Victory Medals. In the inter-war era, by profession a Motor Mechanic and 'Chauffeur', Thomas held a prestigious appointment with the famous 'Crossley Motor Cars Company', that included a posting to British India in 1921-22, during which time he was Chauffeur to H.R.H. The Prince of Wales, during the Royal Visit to India and Nepal. For his services to the Prince of Wales he was decorted with the Royal Victorian Medal. The 1939 National Register for England & Wales records Thomas residing with his wife Ethel Clare (nee Clark, whom he had married in 1920), at, Bramhall, Moor Lane, Hazel Grove, Cheshire, England, at which time he was described as a Motor Mechanic with the Local Authority, with remark that he was also a volunteer Air Raid Precaution with his local A.R.P. section. Thomas Clare died at Hazel Grove, Cheshire, on, 18 June 1967l medals complete with their original silk ribands. The RVM retaining its original investiture mounting brooch with hinged pin and clasp fittings as issued. The Great War medals never mounted, and in near pristine condition & the best conditioned Great War medals that we have thus far handled