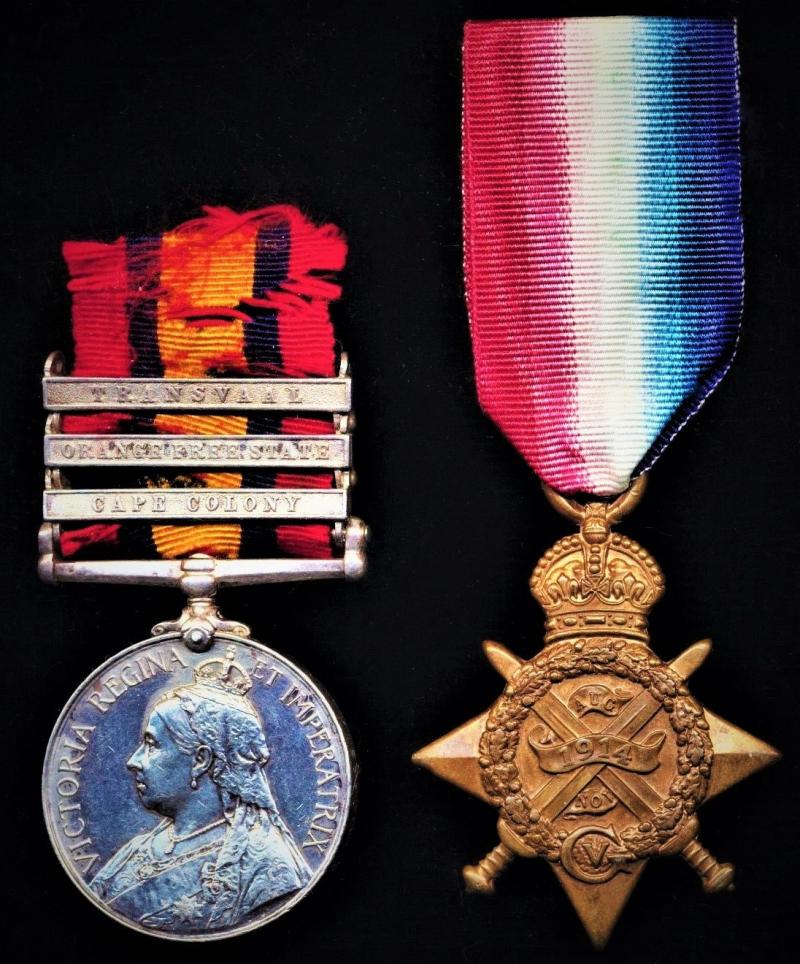 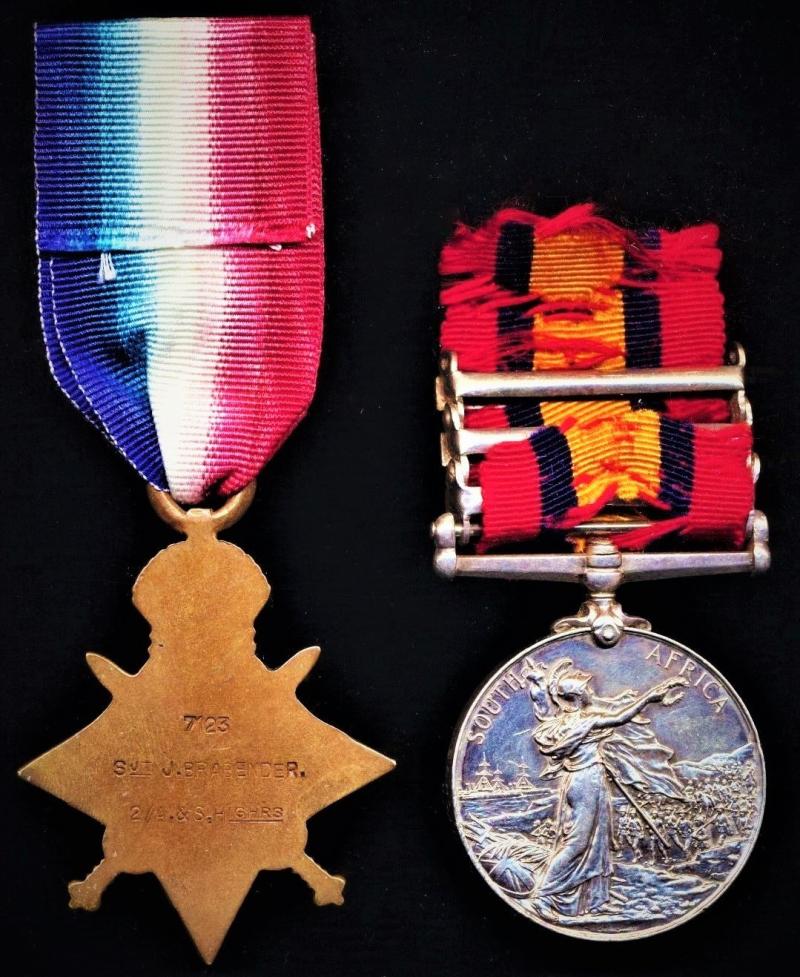 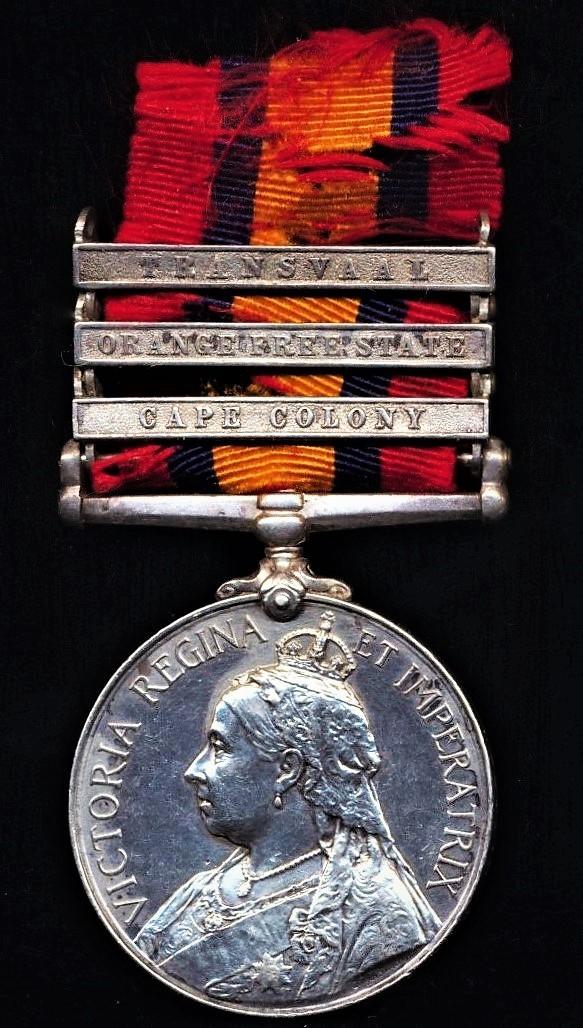 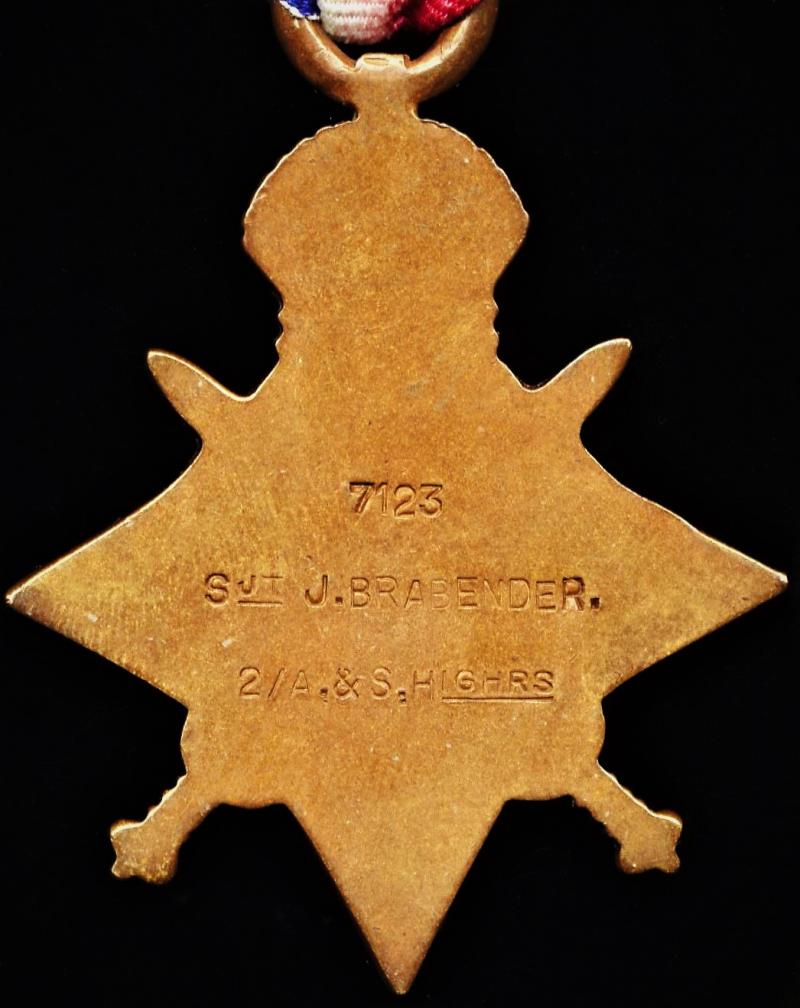 Died-of-Wounds: Sergeant John Brabender, 2nd Battalion Argyll & Sutherland Highlanders confirmed 'Wounded-in-Action' 26 August 1914, by Wound to the abdomen, and recorded as dying from wounds two days later on 28 August 1914, at Reumout, and being buried the same day at the Chapel of Reumout. He was a casualty in the fighting retreat from Le Cateau by the British Expeditionary Force

During the fighting and subsequent retreat from Le Cateau, 26-31 August 1914, 2/Argylls (the descendent unit of the immortal 'Thin Red Line') sustained 49 x 'All-Ranks' killed, or died of wounds, and a great many more wounded & missing

Commemoration: The service & supreme sacrifice of Sergeant Brabender, is commemorated in perpetuity by the Commonwealth War Grave Commission on a panel at the La Ferté-sous-Jouarre Memorial in France, that commemorates 3,740 officers and men of the British Expeditionary Force (BEF) who fell at the battles of Mons, Le Cateau, the Marne and the Aisne between the end of August and early October 1914 and who have no known graves (whether Brabender's earlier identified burial / grave at 'Reumout' was latterly disturbed / destroyed by the time the CWGC compiled their records, is not known)

Medal and clasps verification: The QSA medal and all 3 x clasps confirmed as entitled per the respective campaign medal roll of, 2nd Battalion Argyll & Sutherland Highlanders (ref WO 100/206. In addition to the QSA, the recipient was also awarded the King's South Africa medal with dated clasps (ref WO 100/346) & also latterly qualified for the 1914 Star with clasp, together with the British War & Interallied Victory medals (ref WO 329/2479 & WO 329/1693 respectively). While documentary evidence shows that the 1914 Star was forwarded & received by his notified next-of-kin, it is not known if the British War & Interallied Victory medals were similarly received by his

John Brabender, son of John Brabender (a 'Hoop Coiler') & Janet Brabender (nee Wilson) was a native of Greenock, Renfrewshire, Scotland, where he was born in 1880. By trade a 'Hammerman', John was 19 years of age when he enlisted in the British Army at, Stirling, Scotland, on, 9 November 1899, being posted the same day to the Argyll & Sutherland Highlanders. Prior to enlisting in the Regular Army, John had served with 3rd (Militia) Battalion Argyll & Sutherland Highlanders. He served in South Africa with 1st Battalion Aryll & Sutherland Highlanders, for 3 years, between 28 May 1900 to 29 May 1903, including active service during the South African War (1900-02). During the Great War, John was amongst the very first British infantry to enter theatre of war 'France & Flanders', with his disembarkation date (at Le Havre) shown on the 1914 Star medal roll as, 10 August 1914

Very detailed set(s) of service papers, for John Brabender, covering his services 1899-1914, are extant & accessible at The National Archives

Riband relic only on QSA