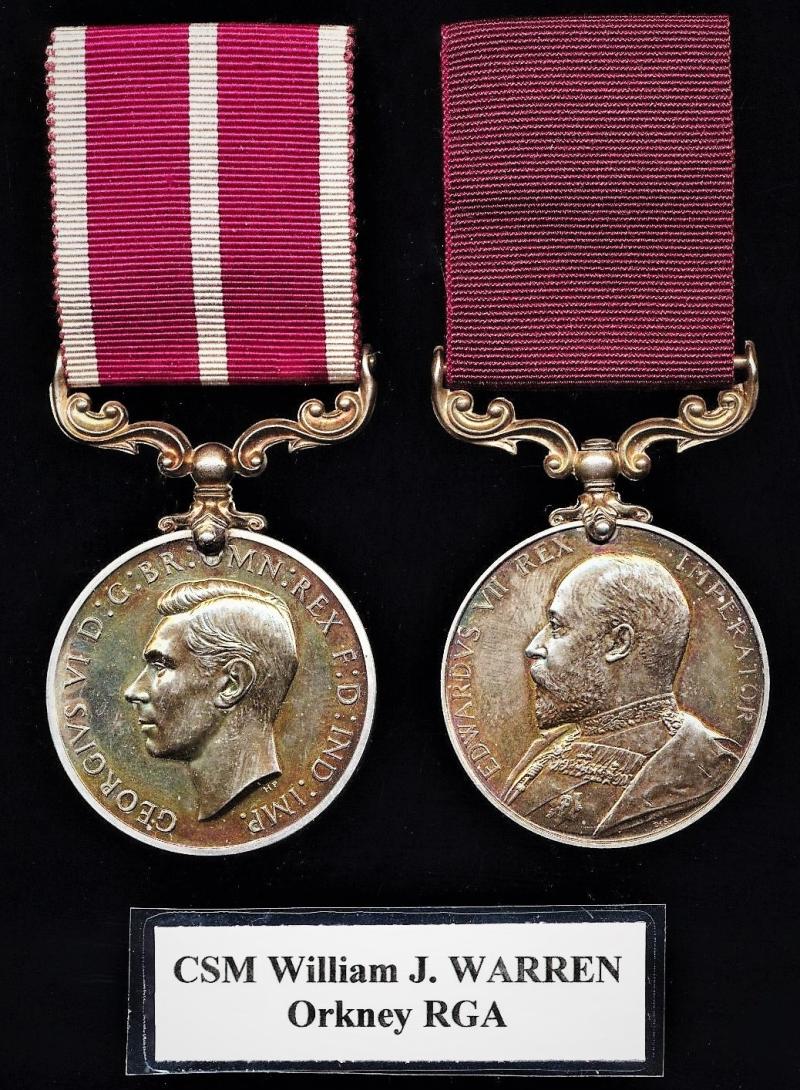 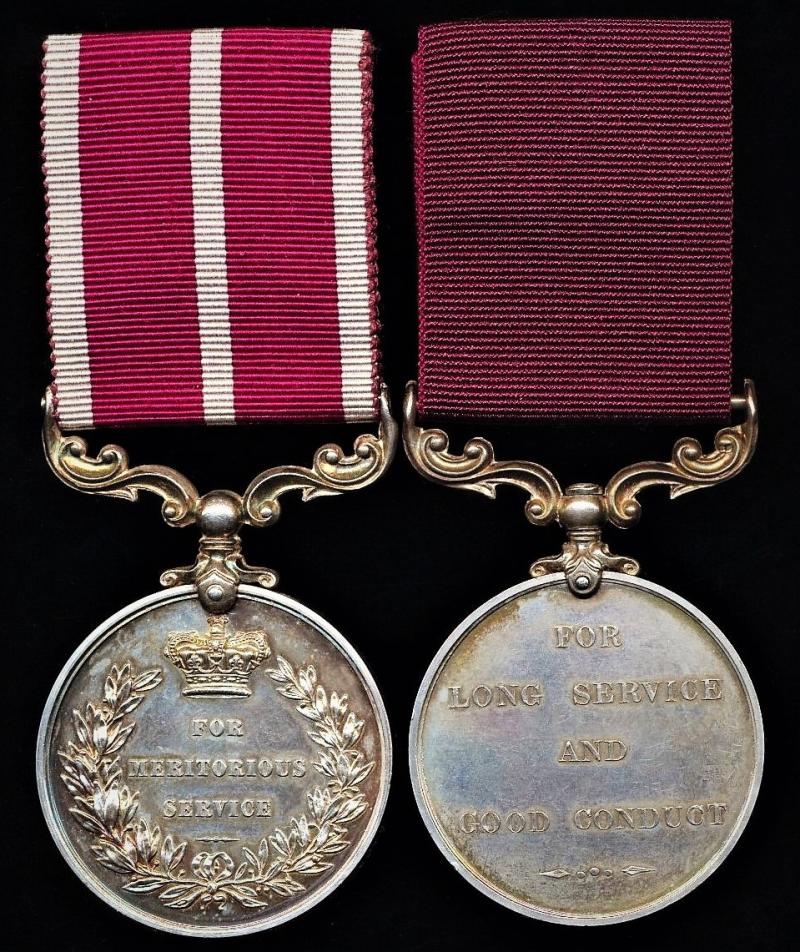 Medals verification: Both medals confirmed as the recipients full named medal entitlements, the medals being

Gunshot Wound to Thigh, Karachi: The recipient received a 'Gunshot Wound to his right thigh' at Karachi, Sind Province, India, when, on 25 January 1897, a comrade, while part of a regimental 'Firing Party' discharged his carbine by accident during a military funeral!

William John Warren was a native of Shepton Mallet, Somerset, England, where he was born circa 1870. John enlisted in the British Army, at Fort Brown, Gosport, England, on 29 May 1891, and was posted to the Royal Regiment of Artillery. John subsequently served an impressive, 28 years & 320 days service with the 'Gunners' of the British Army, mostly with the Royal Garrison Artillery branch. John's service record included deployments as under:

Sergeant Major Warren did not serve oversea during the Great War, and remained in the United Kingdom where he was based on coastal defences in the Orkney Islands throughout the duration of the Great War

After retiring from the British Army, John Warren returned to Dunbar, and latterly, East Linton, East Lothian, Scotland, where he is recorded as having died on 27 April 1960. At the time of his death he had been residing at the family residence located at, 31 Drylaw Terrace, East Linton, and was described as 'Sergeant Major, Royal Garrison Artillery, retired'

Sold together with hard copy set of service papers