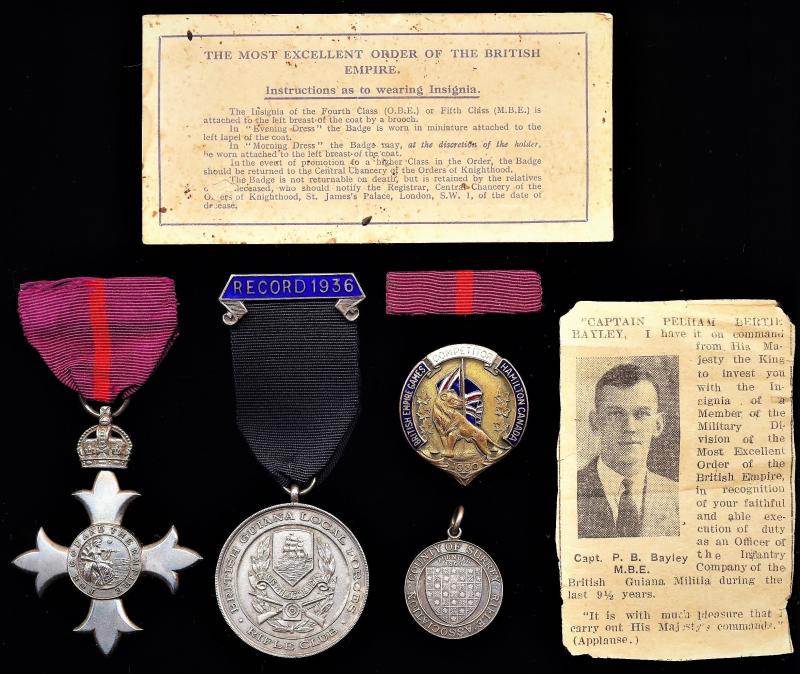 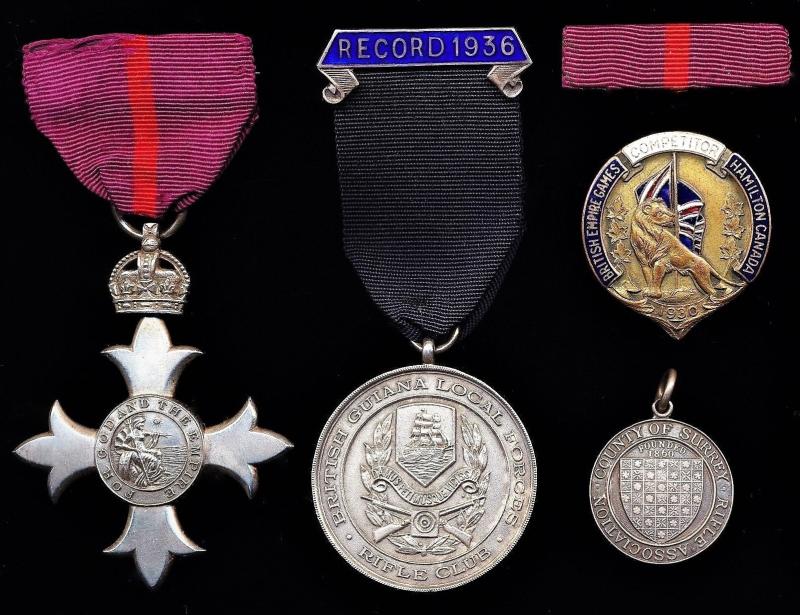 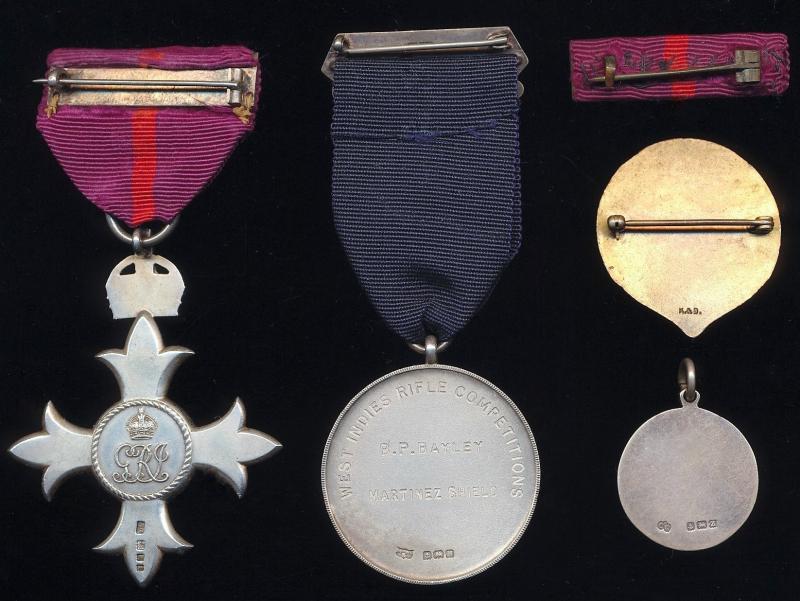 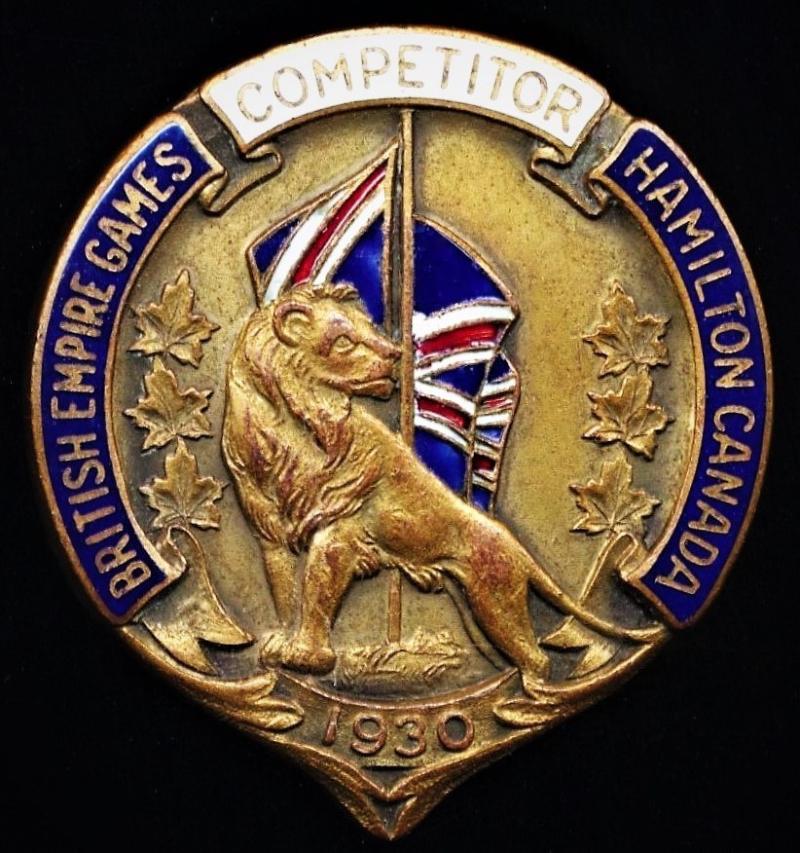 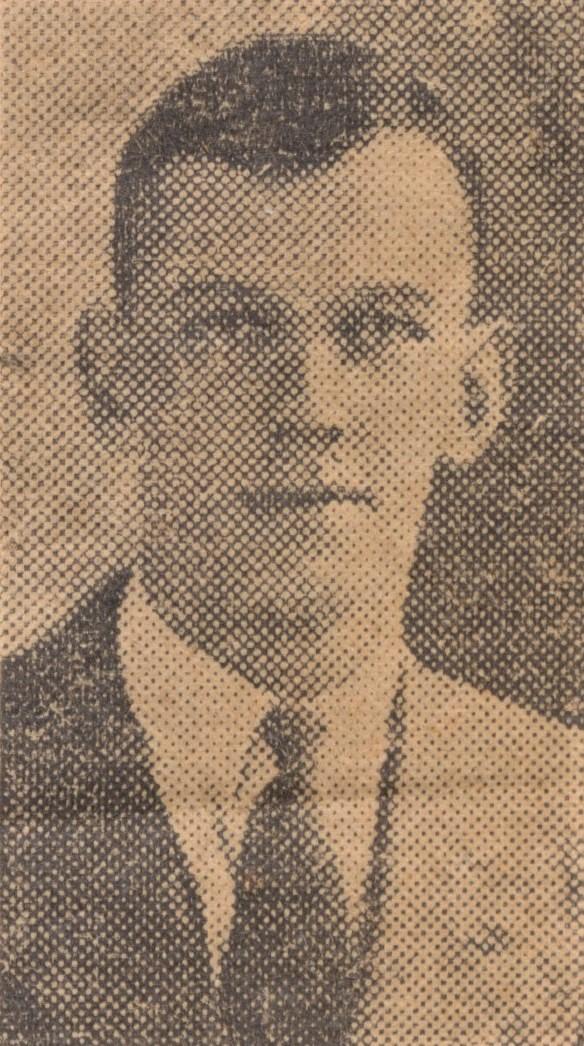 M.B.E (Military) award verification.: The award of the Member of the Order of the British Empire (Military) was published in the London Gazette issue of, 3 June 1935, wherein the recipient is shown as, Captain Pelham Bertie Bayley, British Guiana Militia

Sold together with an illustrated Newspaper article on the recipient, cut from a local newspaper, which we quote below:

"Captain Bertie Pelham Bayley, I have it on command from His Majesty the King, to invest you with the Insignia of the Member of the Military Division of the Most Excellent Order of the British Empire, in recognition of your faithful and able execution of duty as an Officer of the Infantry Company of the British Guiana Militia during the last 9 ½years.

"It is with much pleasure that I carry out His Majesty's Command."

Inaugural Commonwealth Games Bronze Medal Winner: In 1930, at the then called the British Empire Games, held at Hamilton, Manitoba, Canada. British Guiana was one of only 11 x competing countries (at the 2022 (22nd) Commonwealth Games there were 72 x competing countries). At the inaugural games, athletes from British Guiana won a silver medal in the 'Long Jump', and the rowing team of 4 x men, including Bertie Pelham Bayley, won the Bronze medal, as a 'rower' in the 'Coxed Fours' event. To date (including the 2022 Games), Guyana, has competed in 19 of the Games, in which time they have won 4 x Gold, 6 x Silver & 6 x Bronze medal sporting events

Bertie Pelham Bayley, son of Sydney Howard Bayley (a Civil Servant) & Hilda Margaret Bayley (nee Gill), was a true 'Son of Empire'. Bertie was born into a well-connected, and influential 'Pioneer Colonist' family, and was a native of Essequibo, British Guiana, where he was born on, 14 January 1907. Educated at, Harrison College, Barbados and Cranleigh, Surrey. He rowed to Bronze in the Coxed Fours at the 1930 British Empire Games held at Hamilton, Canada, when his nation sent a team of seven athletes. He also took the Martinez Shield with a Record score in the 1936 West Indies Rifle Competition. As an Officer, Captain Bayley served with No 1 Company British Guiana Infantry Militia, and by 1948 was recorded as still serving in the 'Reserve of Officers'. Reference 'Who's Who in British Guiana 1945-48', Bertie is recorded as holding the appointment of, Assistant Social Welfare Officer, Local Government Department, and was a resident of Georgetown. At some time, he had also been Secretary of Booker's Timber Company Ltd - one of the foremost Timber companies in British Guiana. Post-War, Bertie Pelham Bayley, married, Hilda Shandley at Wallasey, Cheshire, England, on, 25 August 1951. In 1954, Bertie Bayley took his retirement, from the British Guyana Civil Service, and together with his wife, re-located to Chesire, England. Bertie Pelham Bayley is recorded as having died at Birkenhead, Cheshire, England on 10 December 1995