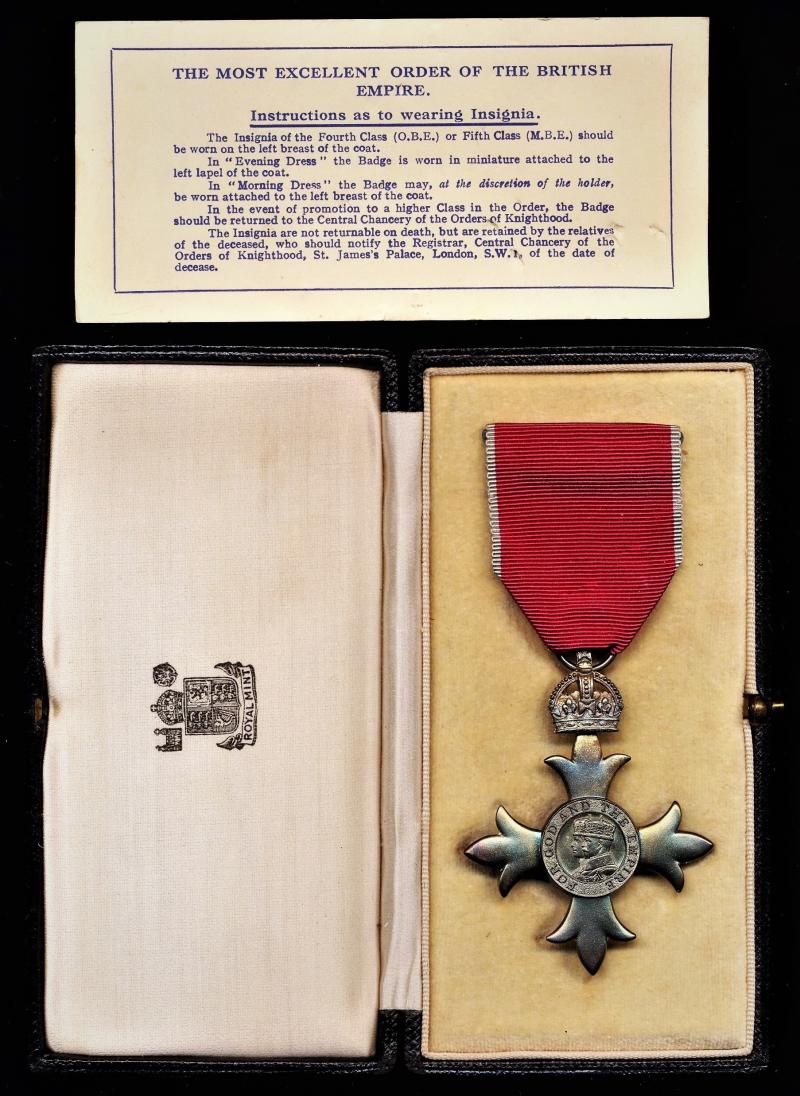 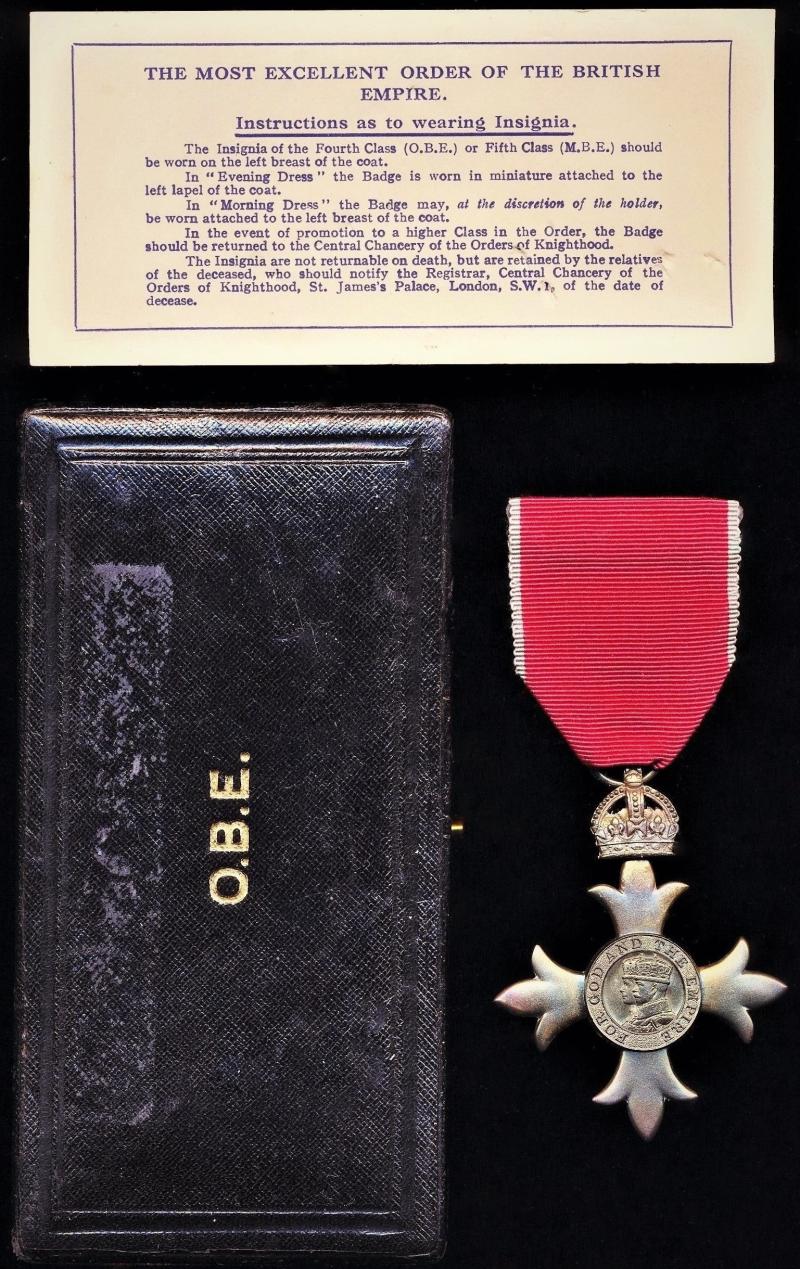 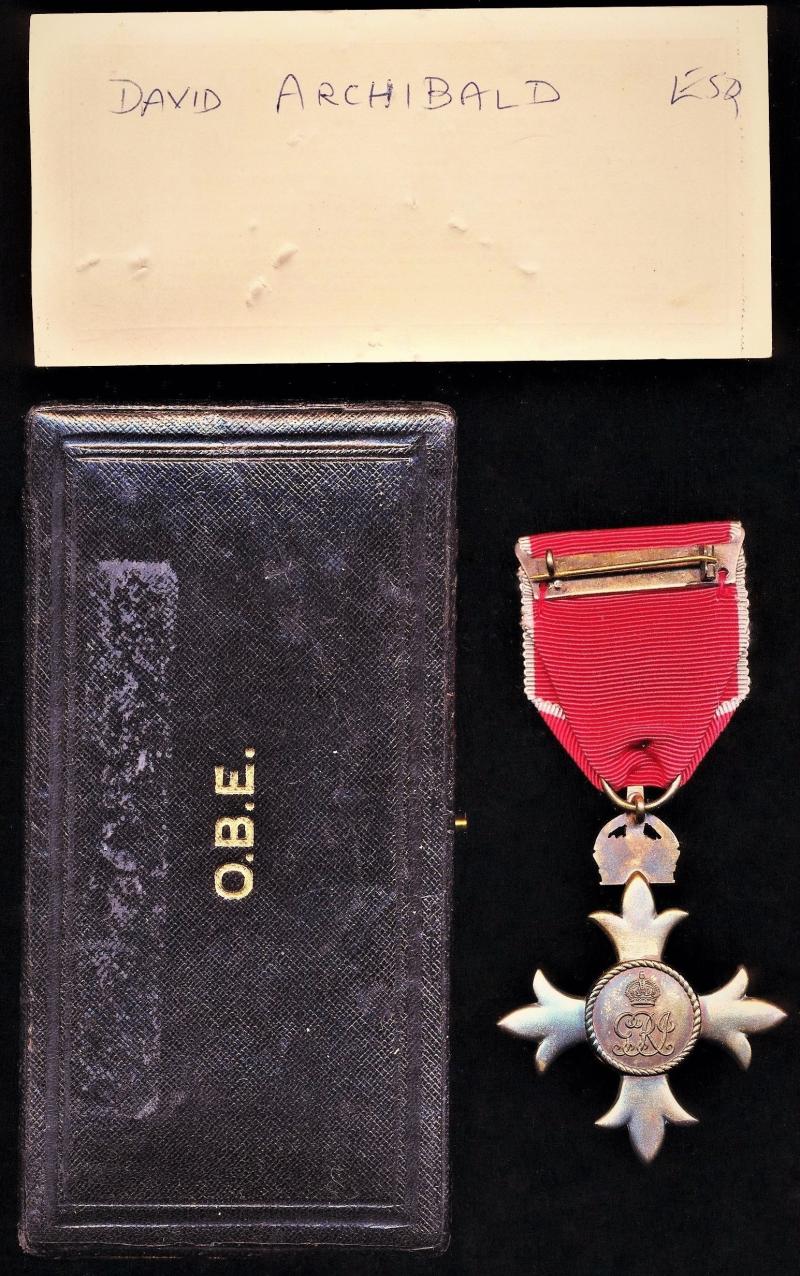 The insignia sold as a set, complete with:

A). Plush Royal Mint leatherette hinged case of issue. The inside silk panel with King's Crown Royal Mint logo, and title of award in gilt tooling on outer lid

C). Card insert 'Instructions as to wearing Insignia'. This with name in ink on reverse 'David Archibald'

Award attribution: The award to David Archibald esquire, was published in the London Gazette issue of, 1 January 1951 (New Year Honours List), where the recipient is shown as;

Reference the 'Formby Times' issue of 6 January 1951, where there is a captioned portrait photograph of the recipient and a relevant biographical & article pertaining to his career and services. A native born Scotsman, David had been employed in a senior 'Ocean Logistics' management capacity during the Second World War, during which he was heavily involved in determining the 'Transatlantic' freight rates. At the time of receiving his award. David Archibald, was resident at, 4 Breeze Road, Hillside, Southport, Cheshire, England