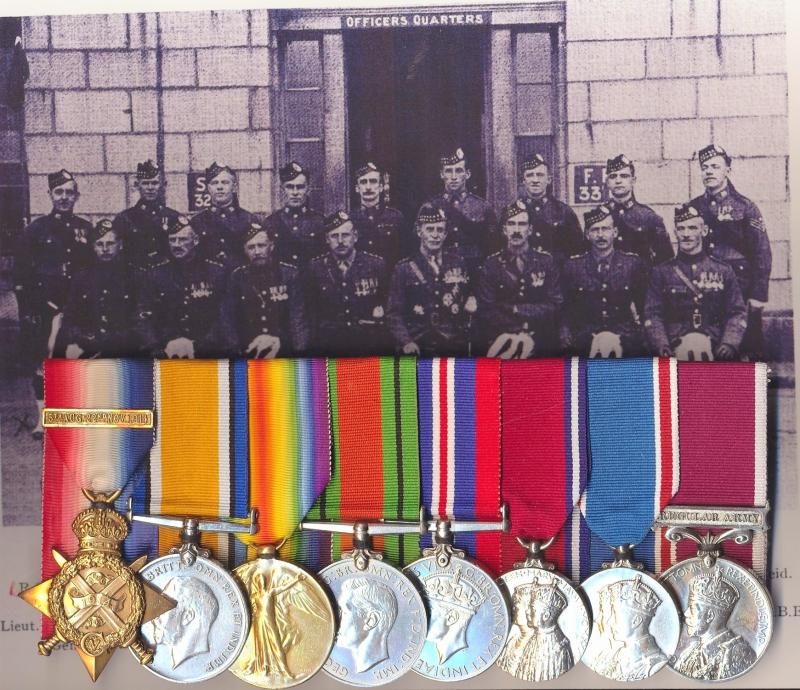 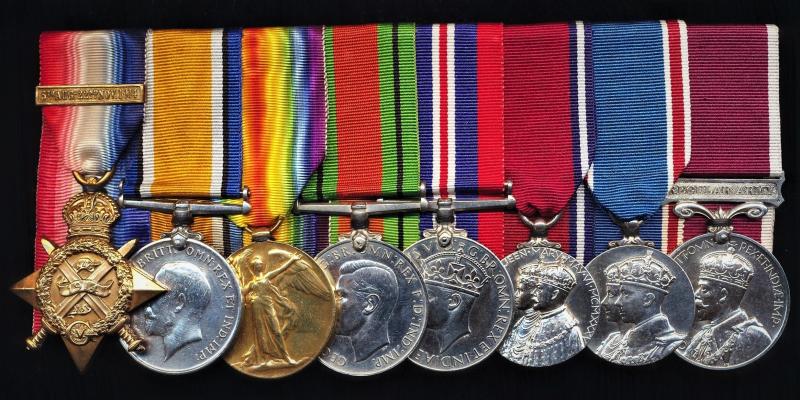 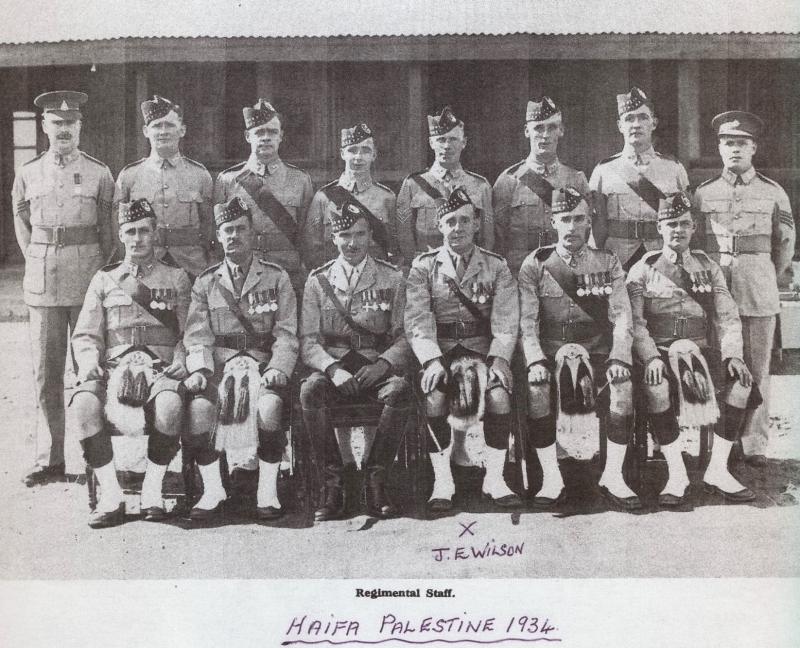 Note: The dated clasp on the 1914 Star is a contemporary slider type

Died on Active Service: Captain (Quartermaster) James Eyre Wilson (56472) Gordon Highlanders died at, Gordon Barracks, Aberdeen, Scotland, on, 27 April 1944. At the time of his death (cardiac vascular degeneration) he had been serving at the Regimental Depot of the Gordon Highlanders

The life and service of Captain (QM) J. E. Wilson is remembered with honour in perpetuity, and is commemorated by the Commonwealth War Graves Commission Memorial Panel at the Aberdeen Crematorium, Aberdeen, Scotland

Prisoner-of-War: First entered theatre of war 'France; when he landed with his unit 1st Battalion Gordon Highlanders at 'Boulogne' on 13 August 1914. Subsequently fought at Mons. Belgium, on 23 August 1914, and again at, Le Cateau, on 26 August 1914, being captured and made Prisoner of War the following day on 27 August 1914. From extant International Red Cross Prisoner of War Records, it is recorded that No. Lance-Corporal James Eyre Wilson, had been serving with 'D Coy' 1st Battalion Gordon Highlanders when he was captured by the Germans at, Bertrai, Belgium, on 27 August 1914. He was subsequently incarcerated in distant 'Schneidemuhl' Prisoner of War Camp, located near Posen, West Prussia, close to the Polish border. No British Officers were held in this camp, and British & Empire 'Other-Ranks' were the third largest, POW community, in terms of numbers that were held there. Records for October 1918, give the nationality breakdown of the POW's as under:

An estimated 76 British & Commonwealth POW's died at Schneidemuhl, between, 1915-18. James Eyre Wilson remained incarcerated in this camp through to the time of his repatriation. James was released from captivity in December 1918, and repatriated back to the United Kingdom on 18 December 1918

Medals Verification: The Great War & Long Service Medals all verified as issued per the respective medal rolls of the Gordon Highlanders and recipients 'Other Ranks' service papers, as under:

James Eyre Wilson, son of Robert Craig Wilson (Bank Teller) & Sarah Wilson (nee Scott), was a native of, Merchiston, Edinburgh, Scotland, where he was born on, 4 January 1895. He enlisted into the Army Service Corps (Special Reserve) at Edinburgh, Scotland, on 11 June 1912, at which time he described himself to be employed as a 'Clerk'. James subsequently took his reals from the Special Reserve, after 99 days service, thereafter joining the Regular Army, when on 18 September 1912, he enlisted at Edinburgh, being posted to the Gordon Highlanders. At the time he joined the Gordon Highlanders he was 17 years and 8 months of age. James Wilson remained with the Gordon Highlanders for rest of his life! His promotions & appointments were:

The Aberdeen newspaper The Press & Journal issue of, 1 May 1944, contained the below following obituary notice:

A well-known figure in military circles in Aberdeen and the North-East, Captain James Eyre Wilson, has died suddenly on active service.

Captain Wilson, who belonged to Edinburgh, was commissioned in the Gordon Highlanders in 1933, and came to Aberdeen as quarter-master at the depot in 1937.

Forty-nine years of age, he is survived by Mrs Wilson and a son, who is serving in the Royal Artillery.

The medals mounted in the court-style. The reverse of the mounting bar retaining the long hinged pin and clasp fittings

Sold together with a large quantity of photocopied hard-copy research including 'Other Ranks' service papers, Medal Index Card, and various group photographs showing the recipient with medals-up in 1934

An outstanding record of regimental service with the Gordon Highlanders