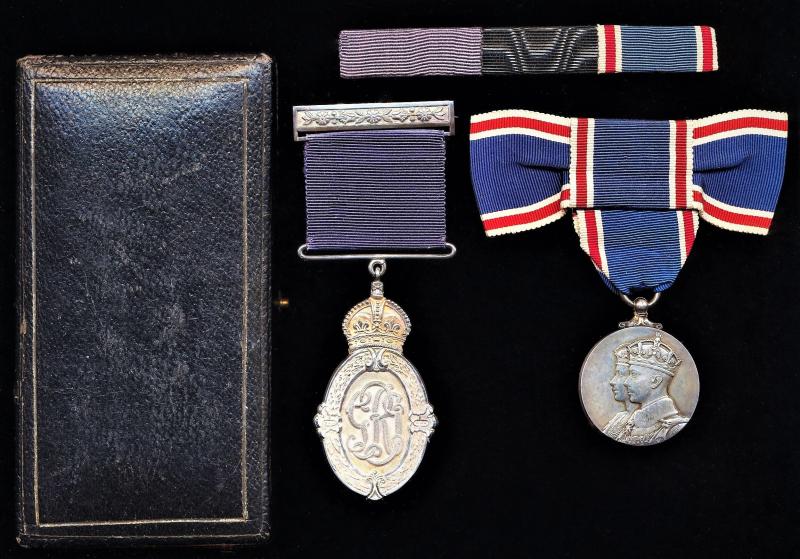 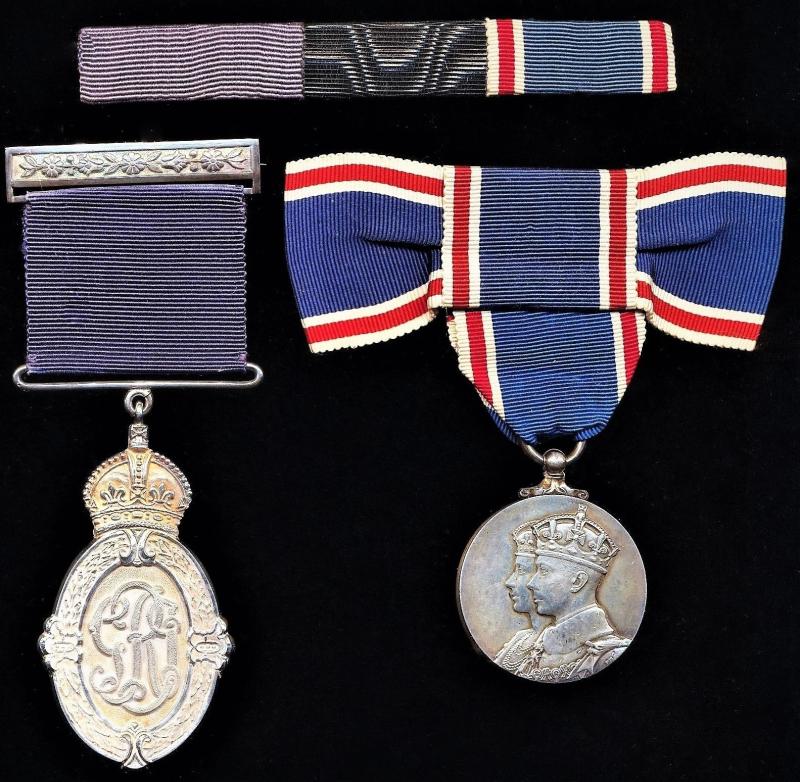 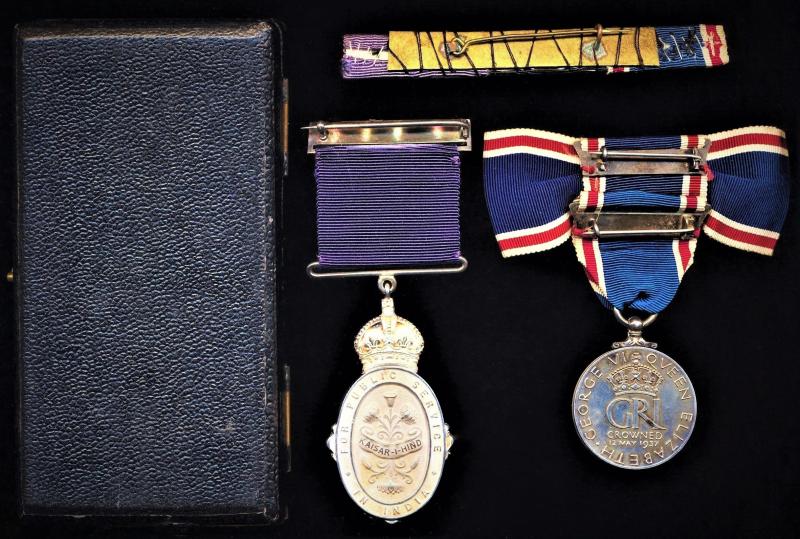 Sold together with the below following items:

Note: Only 1st Class 'Gold' awards of the Kaisar-i-Hind, were published in the London Gazette - for all other 2nd Class (Silver) & 3rd Class (Bronze) awards those were all published in the Gazette of India - the citations / recommendations for the KIH are held at The National Archives of India, in New Delhi

Winifred Margaret Hume, second daughter of Reverend David Rose Hume (Church of Scotland, Minister) & Florence Stephen Hume (nee Thompson) Hume, was a native of Methil, Fife, Scotland, where she was born on, 28 February 1902. Winifred was one of six children in the Reverend Hume's family, having an elder sister, Hilda, and 3 x younger sisters, viz: Jeannie, Vida & Constance. Her brother, John Douglas Hume (1896-1916) was the eldest sibling, and was serving as a Naval Aviator (Pilot) holding the rank of Flight Lieutenant in the Royal Naval Air Service, when he was accidentally killed in a flying accident on, 10 December 1916. Winifred qualified as a medical 'Doctor' in 1925, when she gained her medical degrees at St. Andrews University, Fife, Scotland. Winifred subsequently became a Missionary Doctor, where her vocation took her to Rajasthan, India, where for many years she resided and worked variously at the United Free Church of Scotland Mission Hospital at Jaipur, and at Ajmer. On, 9 January 1934, she married Lieutenant-Colonel Brian Lytton Cole, Indian Army, late Recruiting Officer for Rajasthan and former Commandant of 1st (Wellesley's) Battalion 6th Rajputana Rifles, at St. Andrews (Scottish Mission) Chandpole Church, Jaipur. The couple settled permanently in Rajasthan, and were blessed with two daughters who were born there, Penelope Jane Cole (1935-36) & Susan Katharine Cole (1937-2019). Sadly Penelope died in infancy, but Susan later followed her mother into the medical profession and like her mother also became a qualified medical Doctor. For her devoted public services in the princely states of Rajasthan, Dr Winifred Cole was decorated with the Kaisar-i-Hind (2nd Class, silver GVI issue) and was appointed a Serving Sister in the Order of St. John in 1937. Although Winifred's husband died in Ajmer, Rajasthan in 1946, neither that sad event, or the subsequent independence of India in August 1947, did not mark the end of her career in India, as shipping passenger manifests, record her returning to India, in January 1948, for a further period of 5 x years to resume her vocation as a 'Missionary'. Doctor Winifred Margaret Cole, is recorded as having died at, Newington, Edinburgh, Scotland, in 1994

The recipient's miniature medals, are being sold separately on this website

Buyers will be sent 'gratis', images of the medals, awarded to the recipients husband for reference & provenance - including the images here attached of the naming.........