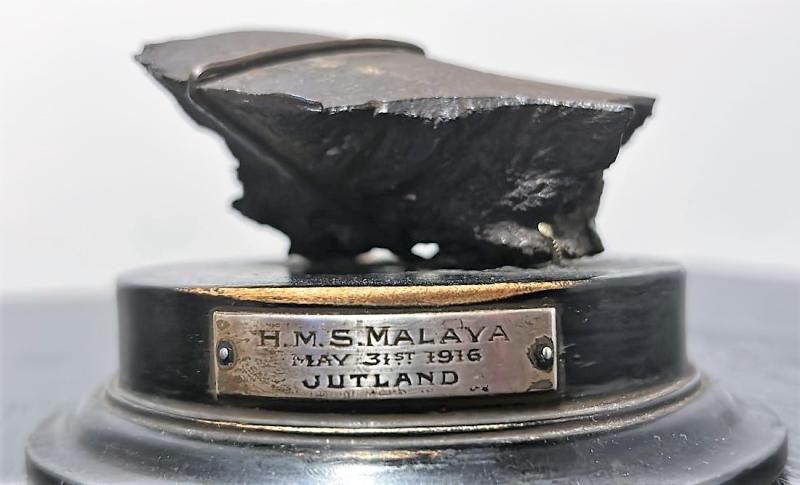 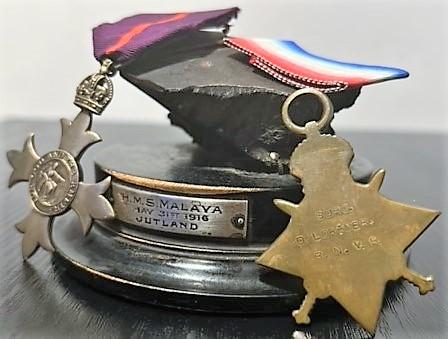 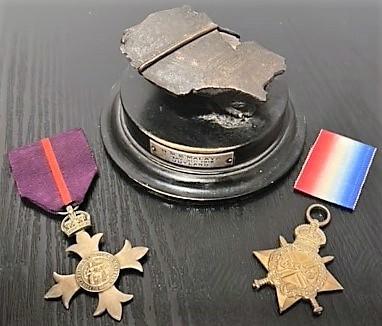 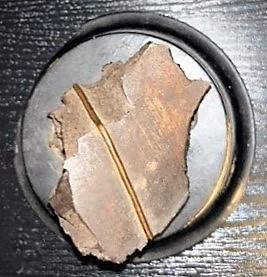 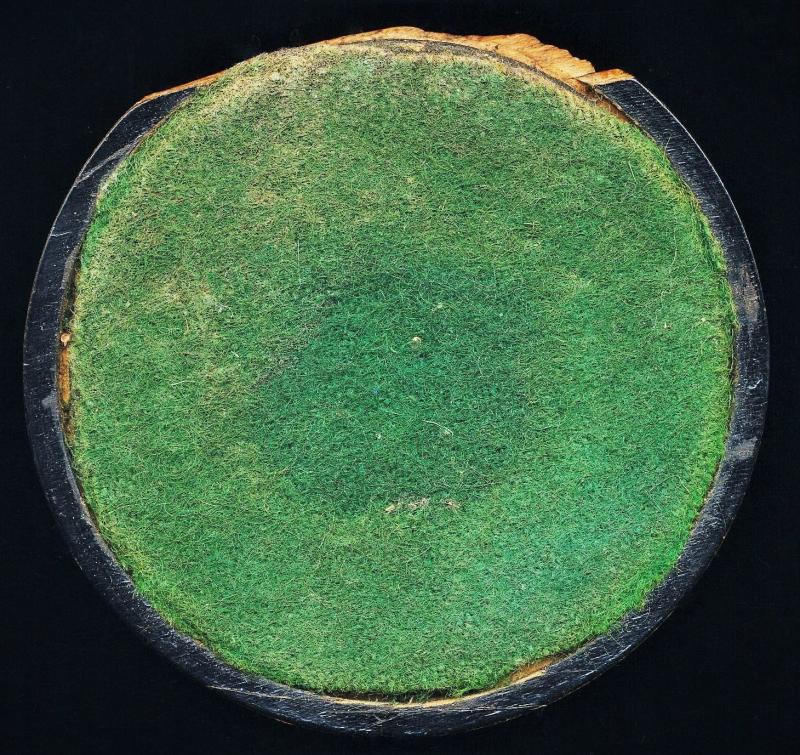 H.M.S. Malaya was built by Sir W. G. Armstrong Whitworth and Company at High Walker, Newcastle upon Tyne, and launched in March 1915 (and commissioned in February 1916). She was named in honour of the Federated Malay States in British Malaya, whose government funded and paid for her construction. She served in Rear-Admiral Hugh Evan-Thomas's 5th Battle Squadron of the Grand Fleet

Malaya took part in the Battle of Jutland, on 31 May 1916, where she was hit eight times and took major damage and heavy crew casualties. A total of 65 men died, in the battle or later of their injuries. Among the wounded was Able Seaman Willie Vicarage, notable as one of the first men to receive facial reconstruction using plastic surgery and the first to receive radical reconstruction via the "tubed pedicule" technique pioneered by Sir Harold Gillies. Uniquely among the ships at the battle, HMS Malaya flew the red-white-black-yellow ensign of the Federated Malay States

HMS Malaya at Jutland: Malaya was the only ship of the Royal Navy to fly the flag of the Federated Malay Stars as its ensign during the great naval battle of Jutland, 31 May 1916. Early in the battle it engaged with other ships four German Battleships, viz 'Derfflinger,' 'Konig', 'Grosser Kurfurst' & 'Markgraf'. Malaya is reported to have been hit eight times, including by seven 12" shells, it recieved two holes below the water line and a one of the ship's 6" battery's was destroyed. In total, 63 men personnel were killed and another 68 injured. Later in the battle HMS Malaya is redited with sinking, with all hands, the German Destroyer (Torpedo Boat) S-35. Malaya fired a total of 215 x 15" shells in the battle. The Malaya went for repair after the battle and returned to the fleet on 24th June 1916. Amongst the British battleships that were not sunk at Jutland, Malaya is recorded as being the Battleship that took more hits, and suffered more damage than any other British Battleship

A rare item of 'Kriegsmarine' ordnance & positively attributed, to the Battleship 'Malaya', that is recorded to have suffered the largest number of casualties, and direct hits upon a British 'Battleship not sunk at the greatest naval battle of the Great War

Important: The sale is for the shrapnel & plinth only - the medals are not included in the sale, and images are just here included in the listing for reference / illustrative purposes